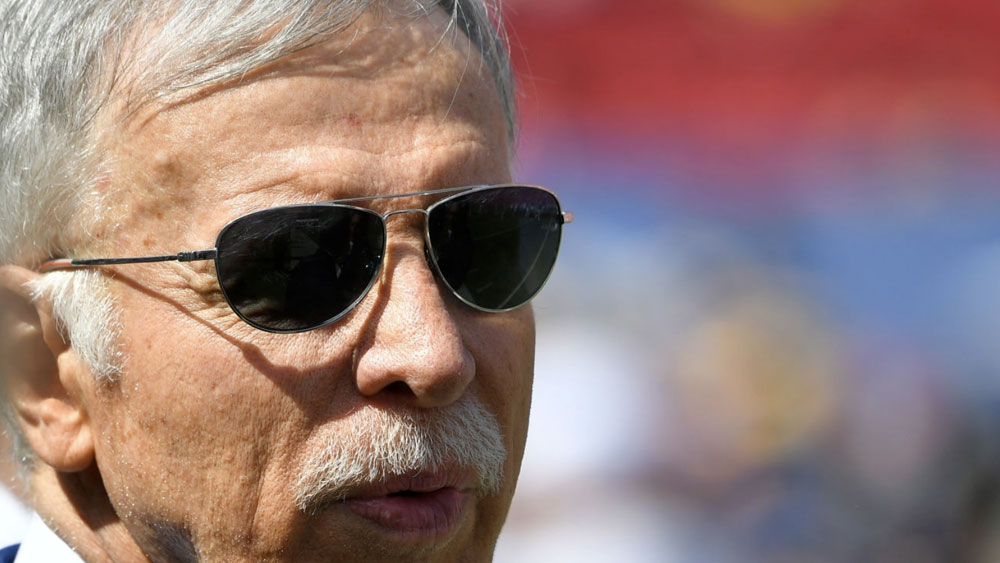 I was going to talk a bit about VAR in today’s blog. Not to complain that it was to blame for our reaction yesterday- we have to look at ourselves for that. The drop off in aspect in a couple of key postures, even if there might have been good/ sensible reasons for change, and our season-long lack of firmnes were the main culprits.

We thought we’d orchestrated, but by the letter of the law Saka’s toenail was offside, so there you go. I likewise thought it was ludicrous the route they depleted an senility looking for an offside in the build up to the Fulham penalty rather than replaying the silly dive. The tiniest contact on a player’s foot shouldn’t originate him rush through the aura like he’s been hit up the arse by a ten ton truck. Why we still can’t come to expressions with the notion that not all contact is a foul is beyond me.

Even when Eddie Nketiah scored the late equaliser, they did a VAR check. I know some will say it’s not VAR, it’s the course of carrying out it, and that might well be true. But when it seems like its main objectives in the Premier League is to find the smallest possible reason to disallow a point, what is the point? If it was being used to correct clear and self-evident inaccuracies, there would be far fewer grumbles, but it’s not.

VAR, as it operates right now, returns nothing positive to the game, and makes so much away. The best thing about football is scoring a purpose, and it’s now got to a station where you can’t even event that time of joyfulnes without without that obses in the back of your mind it might be ruled out. Is that worth the trade off of the precision of a pixelated dark of a toe being half a centimetre offside?

I wish they are able to scrap it. Officials would still get things wrong, but what VAR has done is ensure the decisions we digest fester for much longer. I guess it’s impossible to leant the genie back in the bottle, little wanker of a genie that he is anyway, but unless they find a way to do it better, it’s having a negative impact on the sport, in my opinion.

Also, Arsenal were turgid. If I read Mohamed Elneny pass the missile backwards one more time when we need to go forwards, I see I’ll scream. It’s not all on him, of course, but it showed how big the gulf is between our best midfield musician and the one we to be invited to do the same job. A place he couldn’t do. We stopped becoming, so fair play for that, but we came within a streak of losing our 13 th conference tournament of the season.

Not good enough, although I did enjoy our goalkeeper winning a header in their box late into trauma time to get a pre-assist for the goal.

Anyway, on a date when I envisaged VAR was going to be the biggest threat to the integrity of the play, along came The Super League. A group of big clubs owned by rich men who want more fund. Arsenal, sadly, are at the forefront of this horrible idea, and last night posted a generic announcement about our participation 😛 TAGEND

I don’t know what’s worse: the hubris and arrogance of capitalising’ Founding Clubs’ in that statement, or that something of this magnitude- in which Stan Kroenke is a’ vice-chairman’- was published on our official website with a quotation from Joel Glazer, co-chairman of Man Utd. We’re used to Stan being silent, and I get this was a blanket statement from all involved, but that’s pathetic, and another example of how little they care.

The reaction to the Tweet was something too. I don’t think I had previously been watched such an flow of righteous indignation and anger to anything the fraternity has ever announced before. I feel sorry for some of the people working at the team right now who have been railroaded into creating this’ material ‘. Arsenal is bundled full of employees who love and understand the association to its fullest extension. Its neighbourhood in local communities, its history, its intention, even if we’re not anywhere close to that right now, and this is so far removed from all of that.

From on high comes the injunction to affix something they know the love, in prodigious lists, will detest with all their mettles. Tough gig. What of the managers too? Arsenal devotees are not alone in despise this idea. If a Klopp or an Arteta has sincere oppositions to it, how awkward is it to express that when the club’s proprietors have nailed their emblazons to the mast? It’s the kind of situation that forces you to compromise your unity, or you lose your job. Maybe that will happen, who are familiar with?

The prospect of a European Super League has always swirled around in the background, and I can say it’s something I’ve always dreaded. We have to acknowledge that when we hear beings from Sky( and I thoughts Gary Neville spoke very well last-place night ), from the Premier League, from UEFA, and so on, express their concerns about this plan, there are levels of hypocrisy that are off the charts.

They are not the protectors of video games. They will do, and have done, everything they can do make as much money from football as is practicable. They don’t care about supporters, look at how they mess with kick-off experiences, sending a team from one expiration of the country to play at the other end at a whim- knowing there’s no modes of public transport, knowing the disadvantage it stimulates. They don’t care about player welfare, as evidenced by the last international smash, in the midst of a deadly pandemic, and a discipline planned that accompanied units represent three recreations in six days. The litany of injuries suffered since then shows their merely real interest is self-interest, in bank offsets and beyond.

At least there is a structure of competitiveness though. We are aware of the floors are stacked in a system which craves the’ large-hearted’ honours come out best, but there’s still a 38 activity organization season, crews like Leicester and West Ham are possible Champs League qualifiers, and that’s what moves football and play just so interesting. This abomination of a’ super organization’ is a closed shop for the 15′ founders ‘, which are capable of never be demoted, can never lose their place, and it is everything sport should not be. It’s not athletic. It’s video. It’s entertainment. It’s compensate per judgment subscriptions. It’s everything that every football fan should absolutely loathe. And the ludicrousness of Arsenal, wallowing in 9th, be members of a’ Super League’ shouldn’t be lost on any of us( nor very the participation of a association like Sp* rs who haven’t won a conference designation for 60 years ).

I remember the Champs League final of 2006 like it was yesterday. The tendernes of overcome was intense, but that incredible moment when, at the final whistling, there was sea of yellowish as Arsenal followers, gutted beyond belief that we’d come closer together, stood together with pride at what we’d done to get there will live with me forever. There was appreciation that our time to win that far-famed aged accolade had almost come, and from that some sense that we could do it in the future. I can guarantee you no game in this new format, this glorified exhibition tournament, would ever generate anything like that. If you’ve had a dream that one day we might win the European Cup( as it was known first ), it’s over as that tournament will cease exist. For what? So billionaires can get richer.

The huge amounts of money on offer are what’s driving this. The timing of it, during a pandemic when countless squads have suffered damages, is more than likely down to the debts incurred in relation. If you’re Barcelona with PS1bn debt, why wouldn’t it be tempting to erase your history to kill your indebtednes? If you’re KSE who have’ restructured’ Arsenal’s debts and someone mostly comes along and offers to pay most of it off in a lump sum with guarantees of ring-fenced revenue that can go anywhere you want it to go, you don’t think about what the supporters require or care about it.

I feel deeply sad that Arsenal are involved in this. This is a club I have supported my whole living, and while everyone has their own breaking point, it’s not something I can precisely switch off. I don’t feel like this represents the Arsenal I be concerned about. And seem, I get it. Maybe that’s just a idealised dream of the team, but I also think the outspoken reaction to that Arsenal Tweet tells you I’m not alone in imagine this is not who we are, whatever is, and what we represent- as one of our most beloved sons once said.

It’s difficult, but I think we have to try separate the association from the vultures who own it. As I said on Twitter- and this doesn’t time apply to Arsenal devotees, but love of everyone involved- don’t abhor your club, hate the owners. The organization as an entity is important to us. It is something worth fighting for … at least until there’s absolutely no extent anymore.

This thing is scheduled to start in August, despite dissents from UEFA and the Premier League who insist that those who take part will be banned from their races. It’s a power play to get more of what they want, and how it all plays out now in the next few weeks will be fascinating. But if this is what it is, what’s the point of what remains of this season? I want us to win the Europa League because I want Arsenal to prevail a European award, but too to qualify for the Supporters League. What does it matter where we finish in the Premier League if we’re assured our home in this grotesque reality TV show next season?

Maybe it won’t come to pass, but even if it doesn’t, there is a stain left on the relationship between our football club and its love that are able to never be done away with, and that is genuinely saddening. There’s quantities to be angry and concerned about, but the way something like this was propagandized out when they knew fine well how it would be received, is just so depressing and disheartening.

Stan Kroenke. Andrea Agnelli. Florentino Perez. Joel Glazer. Ivan Gazidis. John W. Henry. And all the rest: antagonists of football. As Jonathan Liew wrote brilliantly,” Only someone who truly dislikes football can be behind a European super conference .”

They hate football. They desire coin, and they don’t give one single shit about what they destroy in order to get more of it. And that is the bottom line.

James and I will be recording an Arsecast Extra for you this morning. If you have questions or topics for discussion, send to @gunnerblog and @arseblog on Twitter with the hashtag # arsecastextra- or if you’re on Arseblog Member on Patreon, leave your question in the #arsecast-extra-questions channel on our Discord server.

Podcast will be out around noon, until then, take it easy.

Saturday round-up: Aubameyang, Willock, Ceballos
'Insurance most-preferred financial product'
How to Pump Up Your Sales Team When Working Remotely
Federer v Hurkacz Offer – Betway
How To Budget When You Are Paid Once a Month: 4 Simple Steps
Lava IPO plan ready, firm dials up shareholders for approval