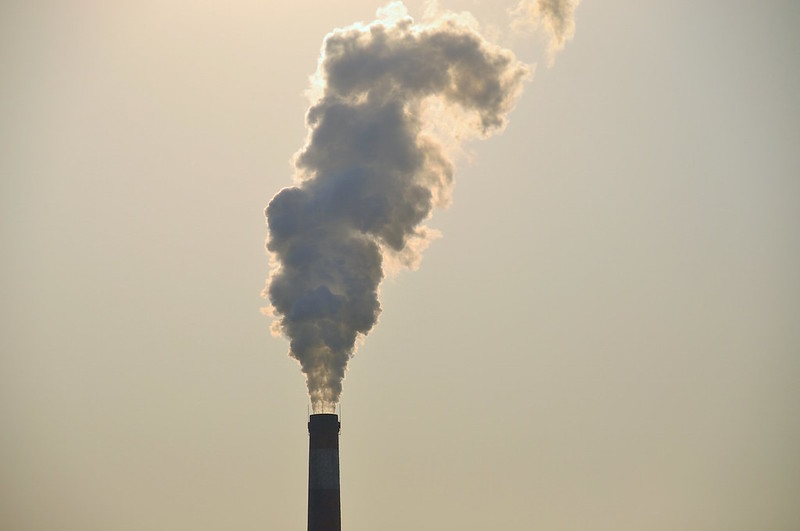 Air pollution is disproportionately affecting the health and well-being of people living in poverty, according to a recent report by the European Environment Agency. The report titled “Healthy environment, healthy lives: how the environment influences health and well-being in Europe,” calls for improving air quality in Europe by decreasing emissions and adding green spaces. Many consider air pollution to be an environmental issue or a global health concern that affects us all equally. However, the report makes the case that impoverished communities face a higher burden of air pollution and other environmental stressors.

The Link Between Air Pollution and Poverty

The Borgen Project held an interview with Catherine Ganzleben, head of the air pollution and environmental health groups at the European Environment Agency (EEA). She said, “Pollution hits poorer communities harder than affluent communities because of lack of access to medical care and exposure to the byproducts of climate change.”

As the climate crisis continues to worsen so does air pollution and extreme weather, disproportionately affecting those living in poverty. “In large parts of Europe, [vulnerable communities] are more likely to live next to busy roads or industrial areas,” Ganzleben said. “[They] face higher levels of exposure to air pollution.”

Even when both affluent and impoverished people experience the same exposure, air pollution affects the health of the impoverished more. Ganzlebe continued, “People living in lower-income regions [were found] to be more susceptible to the health effects of [pollutants] than wealthier people living in polluted areas.” Additionally, families with lower socio-economic status face more significant negative effects of pollution. Several factors could contribute to the disproportionate effects of air pollution. These include access to healthcare, underlying conditions and poor housing situations.

The Struggle for Clean Air in Poland

Poland is infamous for having one of the worst levels of air pollution in the European Union, according to K. Max Zhang in his interview with The Borgen Project. Zhang is a professor of energy and the environment at Cornell University. Poland still generates electricity and heat using coal, one of the most polluting forms of energy.

Poland’s reliance on coal can mainly be attributed to its abundance of old, single-family houses built in the 1970s. In an interview with The Borgen Project, Magdalena Kozlowska claimed that these homes remain unrenovated. She is the project coordinator of Polish Smog Alert. She also added that the most impoverished populations in Poland are less able to update their energy sources.

Polish Smog Alert is an organization that is committed to cleaning Poland’s air and meeting the European air quality standards through advocacy and mobilization. It also works to inform the public and help people make their houses more energy-efficient, Kozłowska said. The organization formed in 2013 when they started working to ban the burning of solid fuels in Krakow.

This ban on burning solid fuels came to fruition in 2019, when Polish Smog Alert worked with local and national governments to enact “changes in the national law [and the] city had to cooperate and offer money to exchange the boilers and help people experiencing poverty to pay the difference in bills,” Kozlowska continued. “And still, the city is doing that.”

The attention to air quality around the world has been increasing in recent years. However, the EEA wants to see more policy changes and tangible action from the European government, Ganzleben said. These policies should also not have the sole aim of protecting the environment. In addition to environmental efforts, these policies should protect communities that are feeling the brunt of climate change’s effects. “Policies to deliver high environmental quality should be aimed at preventing and reducing the unequal distribution of environmental health risks, ensuring fair access to environmental resources and enabling sustainable choices,” said Ganzleben.

The report also explains the benefits of green spaces, even within polluted city environments. Green spaces, like parks and lakes, can benefit people’s well-being. “Mental and physical [health] are linked,” said Michael Brauer, professor of environmental health at the University of British Columbia, in an interview with The Borgen Project.

Reports like this one from the EEA, Brauer said, are a result of a growing urgency related to air pollution. In recent years, there has been much more attention globally to the issue, “[As a] response to increasing awareness of air pollution and the problem,” Brauer continued. “There is really no evidence of a safe level of air pollution.”

There need to be policy changes that address the socio-economic effects of climate change. This will alleviate the burden of air pollution on those living in poverty. “At the local level, integrating environmental health concerns into welfare policies, health policies and urban planning and housing policies can help to reduce the vulnerability and exposure of the population,” the report read. “Air pollution not only hurts the environment, but it also exacerbates poverty, and worsens the living conditions for the poor.” While humanitarian organizations like the Polish Smog Alert are working to alleviate pollution in Europe, there is still much to be done to eradicate air pollution and help those disproportionately experiencing the consequences of climate change.

The post How Air Pollution Affects Poverty in Europe appeared first on The Borgen Project.

Why Google Data Studio Is an Essential Tool for Small Businesses
Gousto partners with DPD and Fareshare to redistribute undelivered food boxes
Will I need a COVID-19 vaccine to cruise? A line-by-line guide
Habitat for Humanity uses COBOD technology to 3D print affordable housing in Arizona
10 best Android cooking games and restaurant sims
GetResponse vs ActiveCampaign (2021): Which Email Marketing Platform Is Worth Your Money?