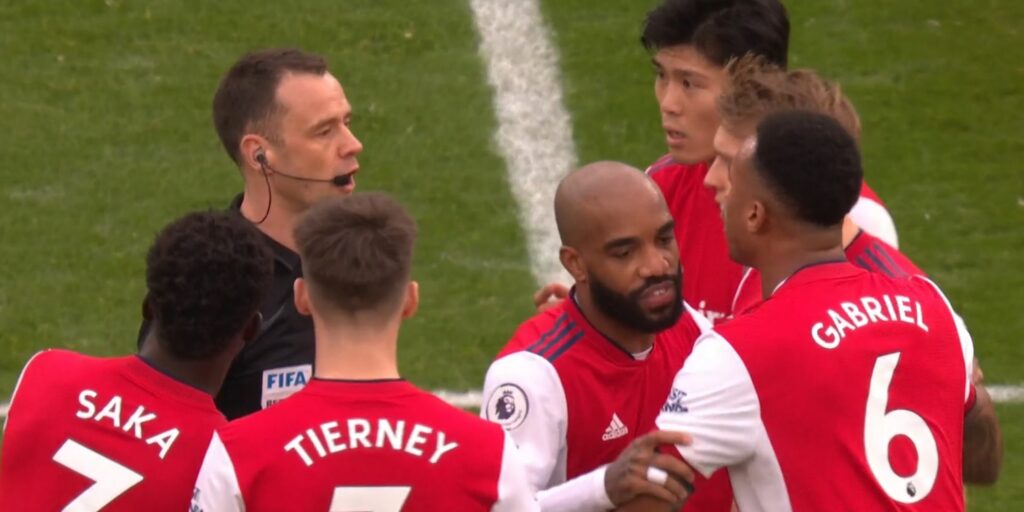 What an curious this weekend has been, it’s like there were two Sundays because of New Year’s Day and then the actual Sunday. Does that stir today a double Monday? It unquestionably feels like it a bit.

Anyway, it’s cold light of day stuff today for me. The vigour of the frustration after the final whistle on Saturday( Sunday 1) has more or less dissipated, and it’s easier to be analytical about things. I still find myself enormously encouraged by most of what we did against Man City, it felt like a real step forward, and the sort of unexpected sort of that performance is like a belated Christmas present or something.

As I said here today, there is something brewing at Arsenal right now, and how we can continue to develop this crew is going to be so important. I wonder about the January window and how, if it’s at all possible, the claim kind of signing might be absolutely the thing we need. We’ve already seen the summer subscribes are now in and do well, there’s a sense of togetherness within the squad, but also healthy tournament. Maintaining that, is in addition to it, could be merely the thing.

It’s tough though, for all the obvious grounds, but we also know there are big decisions to be made sooner rather than later. We have three strikers whose futures are unsure; there’s area in central midfield for one more anyway- especially as Ainsley Maitland-Niles and Mohamed Elneny are more or less sitting in the divergence sofa; and if the claim actor are available for consultation this month, it would signal real intent. I don’t want to simply rush straight to transfer stuff after such a promising execution, but top four is far from hopeless this season if this squad can continue its trajectory, and I just wonder if these encouraging signs might insure us try and do something now to really drive us towards that various kinds of finish.

Going back to the City game, a couple of things that we discussed on the Arsecast Extra are worth mentioning. First, the Gabriel sending off. I think that is the quintessential speciman of why football should consider a sin-bin system. The activity had get heated after the penalty incident. Gabriel lost his composure a bit, but let’s also talk about the referee’s composure, he was wound up too. It was an self-evident fouled by the Arsenal man, but did it genuinely deserve the reward? We’re down to 10 humankinds against the best team in England for over half an hour, and he is suspended for the next play. It feels too harsh for what it was.

When you think about how much coin football love spend on their season tickets and affiliated match-day expenditures; when you consider the money parties pay for their TV subscriptions( and it is necessary to about five of them these days to watch all the games ), and how much the broadcasters pay for the rights to show football in the first place, the in-the-moment drama that a scarlet poster induces isn’t adequate for what it does to the spectacle of the game.

I thought we exonerated ourselves really well with 10 subjects, and when you consider what happened last time we toy City after a red placard, it’s another reason to be encouraged by this Arsenal team. However, it radically skewed what was a great game of football until then. How much better would the reviewer( well, a good adjudicator anyway) have been able to manage that situation if could have shown an’ orange poster'( for example ), and sent Gabriel to the sin-bin for 10 hours? We have a temporary difficulty, denunciation because of the foul play, but not to such a significant extent. The sanction does not fit the crime in cases like this.

That kind of reform will obviously lend itself to issues of subjectivity when it comes to decision making. What’s the line between a second yellow and an orange etc? But, as much as possible, umpires should seek to keep plays of football 11 v 11 unless there’s no other choice. Their influence on the outcome of accords is too high, and players are routinely being direct off for things which they actually shouldn’t be( while others get away with very obvious red placards, but that’s a entire other narration ). We should be thinking and talking about how changes to how games are officiated would improve the quality of football matches. This kind of thing, to me at least, is far more important than a World Cup every two years- the’ convert’ to football that nobody really craves apart from the organisation that stands to profit to the tune of billions from it( oh Arsene, what are you doing ?).

As it stands under the current rules, Gabriel should have managed the situation better, but surely things like this, and the furore around the referee/ VAR can trigger intelligent discussion about how we can improve officiating. We shouldn’t simply accept that this is the way that it is, and simply get on with it. Clearly it’s a difficult job, and referees get abuse that must be hard to make, but it’s not helpful to dismiss all criticism and examination of what they do because of that. Help the officials and you help the game by extension.

I likewise believe that some of the thwarting felt by Arsenal supporters about the officiating against Man City comes from a series of incidents this season which have felt specially horrific. James McArthur getting only a yellowed for booting Bukayo Saka; Ben Godfrey standing on Tomiyasu’s face and VAR deciding that’s not a scarlet placard; Maguire on Tomiyasu at Old Trafford. The first two are exactly what red placard offences is advisable to, and in both plays we ought to have been playing against 10 gentlemen. Instead, we made one point from six. Yes, we have to manage sports for what they are rather than what they should be, but I do feel that had participated in how intense the ire was during/ after the City game.

There’ll be batch to talk about during the week, I’m sure. We have a cup semi-final to think about too, so quantity to get on with. For now, I’ll leave it there this morning, and if you haven’t had a chance to listen to the podcast, all the links you need are below. Have a good double Monday, back for regular Tuesday tomorrow.

This Arsecast Extra was recorded with ipDTL

Should I play live poker or online poker?
MyHeritage User Finds Descendants of the Sisters Her Great-Grandfather Rescued from the Nazis
Uber is reopening its San Francisco offices, but only at 20% capacity, and staff can decide whether ...
I'm a professional 'Hamilton' actor. This is what Broadway's 18-month shutdown - and return - has be...
How to Turn Loyal Customers Into Advocates in SaaS
Emergency Broadband Benefit: $50/Month Off Home Internet For Low-Income, Job Loss, and Furloughed Wo...